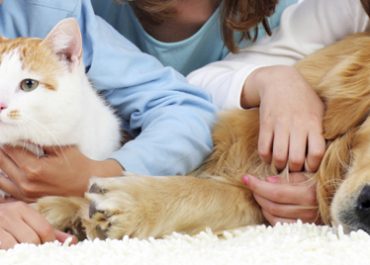 Pet Odor Removal: We Love Pets, But Not the Smell

Many of us have a pet in our households. Families commonly even have more than one. We love our pets. Whether, it’s cats, dogs, birds, ferrets, hamsters, or even some of the more exotic kinds of pets, they’ve each made their way into our homes and hearts.  In fact, most people consider their pets part of the family. That being said, as much as we love our furry friends, we don’t love the odors that are associated with them. Pet odor removal is a tricky problem, so how do you handle it?

When it comes to odors, pet odors are some of the most difficult to remove. This can be one of the more frustrating parts of owning an animal and no matter how much you clean it never seems to fully go away.  Pets leave odors in your home any number of ways.

Your dog could come in after a walk or outside play and track in dirt, mud, and grime that absorbs into the upholstery the like to sit on.
Odors from litter boxes or small animals with litter trays can absorb into the room they sit in.
There’s the occasional pet “accident” on the carpet that almost seems impossible to fully remove the odor.
Pet fur and dander gets left behind and trapped in sofa upholstery and carpet.
Or after bath time when your pet decides to dry off on the sofa, leaving behind the musty smell of wet dogs.
Even taking them on a weekend trip in the car, you will probably notice that your vehicle still has that well known “dog smell” several days later.

These can all be frustrating odor causes. Sometimes they become so consistent that we don’t even notice them anymore, but our guests sure do.

There are many tricks and cleaners promoted for pet odor removal.

Vacuuming is a good first step as it removes the trapped fur and dander from the carpets. Afterwards, Baking soda sprinkled over the carpets, rugs, and upholstery, then left to sit can help neutralize odors that have been trapped. After a few hours, the baking soda can be vacuumed up.

Sunshine and fresh air is another good way to help with pet odors. Portable fabric items can be moved outside or hung on a clothes line on a dry, non-humid day. Sun and airflow assist with removing odors trapped in fabric fibers.

A spray bottle of equal parts water and vinegar is a common suggestion for dried odor spots on carpet. However, with this suggestion it is also encouraged to test the spray first to ensure it does not discolor carpeting. It is not common for vinegar to cause discoloration, but it is always advised to double-check.

It is also recommended to wash any hard surfaces, such as walls and floors. Odor molecules can spread and attach to these hard surfaces as well, so this helps ensure you are covering as much of the problem area as possible.

However, sometimes pet odors persist and you need more of a solution than home remedies or basic cleaners can provide. That is where odor removal experts come in. Odor removal services specializes in eliminating the toughest odors at the source and can provide a more thorough result than other solutions. 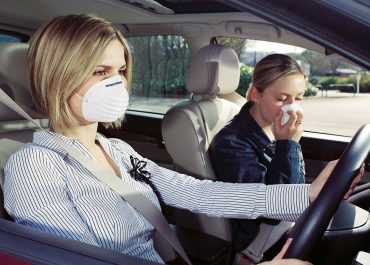 Car interior restoration is a great service. It helps with problematic odors in your vehicle that are simply a part of your daily lives. Whether it’s smoking, carrying pets, or simply eating; they all create interior odors in our vehicles. These are common tasks that many of us do when in our vehicle. But just because we interact in these activities, it does not mean we want to take those lasting odors with us where ever we go. This can be an annoying, aggravating, and even embarrassing problem for many people, but it doesn’t have to be. Car interior restoration is the solution.

One of the things we all love about getting a new car is that “new car” smell; that fresh, clean scent of a car, untouched by messes or dirt. Many of us even try to rationalize with ourselves that we are not going to lose that smell. We make rules for ourselves and our passengers like, “No food in the car.” We start out balancing life around keeping that new car smelling fresh, but then life happens.

You go out one night and you and your friends are starving so you decide, “One meal on the way home won’t hurt.” Or maybe you don’t feel like cooking, so you pick up some fast food on the way home, setting it on the floorboard of your new car. You’re having a rough morning before work and decide you need a coffee on the way. You hit a bump and your new coffee spills across the passenger seat. The kids jump into the car with muddy cleats after their soccer game.

You always clean the spills, messes, and dirt from your car but you start to notice the lingering odor in your car. Your passengers may even start to mention it as well. You try different air fresheners that temporarily leave a stronger perfumed scent over the odors, and this seems to work. However, after a short time the same odors return because they were never really gone in the first place.

How Does Car Interior Restoration Help?

To get rid of these odors, you have to removes them completely from your interiors. This is what car interior restoration does. This is not a service or cleaner that perfumes over the existing odor for a temporary fix to the problem. With interior restoration, the odors are eliminated for a lasting solution.

You don’t have to be annoyed with the frustrating stale food odors from when you get in your car. And you don’t have to be embarrassed to give your friends a ride because your car stinks of lasting pet odors. You don’t even have to stress about selling your old car that had tobacco smoke in it for several years. It is always difficult to sell a vehicle with tough odors, especially one with resilient tobacco odors. Tobacco odors are particularly difficult to remove for many reasons, which you can learn more about here. This can make it even more frustrating trying to sell your vehicle. However, in all of these cases (and many more kinds of odor problem), car interior restoration services can save the day. 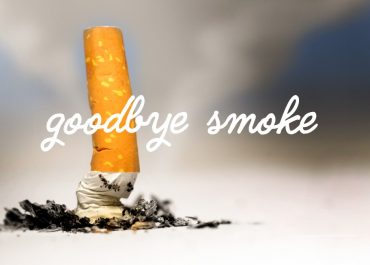 The Science of Tobacco Odors

With any unpleasant odor, your first thought is how to get rid of it. Tobacco odors are no different. But tobacco smells are always so difficult to remove. Even with many kinds of cleaners or perfumed air fresheners, the odor can still return in a matter of days. Why does this happen?

Well, with any odor problem, the issue lies in the molecules. Odors come from odor molecules in the air. When it comes to tobacco, these odors often come from the exhaled molecules from the lungs. They mix with the moisture in our lungs and, once exhaled, settle and dry onto the surfaces they land on. So for those cars or homes that have been excessively smoked in, the odor molecules have dried onto the carpet, walls, ceiling, upholstery, and anything else inside that space.

What do you do?

So now that we know the source of this resilient odor, what can you do about it. Like we mentioned earlier, many perfumed air fresheners and cleaners merely cover the smell for only a few days, or even just hours before the original scent is back. The solution to this never-ending cycle is finding a cleaning system that eliminates the odors at the source rather than masking them. One of the most common suggestions that help with this are scrubbing all interior hard surfaces and cleaning upholstered and carpeted surface, both with true “Odor Eliminating” cleaners. This, however, can be a painstaking, time-consuming process. Rather than facing this struggle alone, you can also hire professionals like Master Odor Removal™. We specialize in odor elimination including tobacco odor elimination. Our proven method works quickly to remove odors from interiors, saving you time and the headache.

For more information on our proven odor eliminating solution, check out our Services or learn more about us.